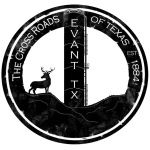 Evant is located in Coryell County at the junction of Highways 281 and 84, and thus is the Crossroads of Texas! It is an hour from Waco, 1 ½ hours from Austin, and 2 hours from DFW. It is also home of the Evant Elks.

A town of many names

According to the historical marker from the Texas Historical Commission, the town of Evant, traces its history to an earlier settlement in this area. Langford Cove, founded in 1855 by Asa Langford (1820-1907), was located adjacent to the present town of Evant. A United States Post Office was authorized at Langford Cove in 1876 under the name of Cove. Evan T. Brooks and his family arrived in the area at the same time, and in 1881 Brooks platted the townsite which was filed in Hamilton County records as Brooksville. The same plat appeared in Coryell County records in 1884 as Evant, so named from a combination of Brooks’ first name and middle initial. Streets and blocks were carefully planned, including the town square. In 1885 the post office in Cove was transferred to Evant and renamed.

In 1878 a one-room plank schoolhouse was erected on land that had been donated by Asa Langford in 1875. This first schoolhouse was replaced in 1888 with a stone structure that served the Evant Independent School District until 1976. Next came the establishment of businesses and churches. Community groups were also organized. In December of 1976, some 95 years after the townsite was platted, the citizens of Evant voted to incorporate.

To promote and encourage local trade, community improvements, positive consumer-business relationships and other progressive aspects that help to benefit the growth of Evant, Texas. 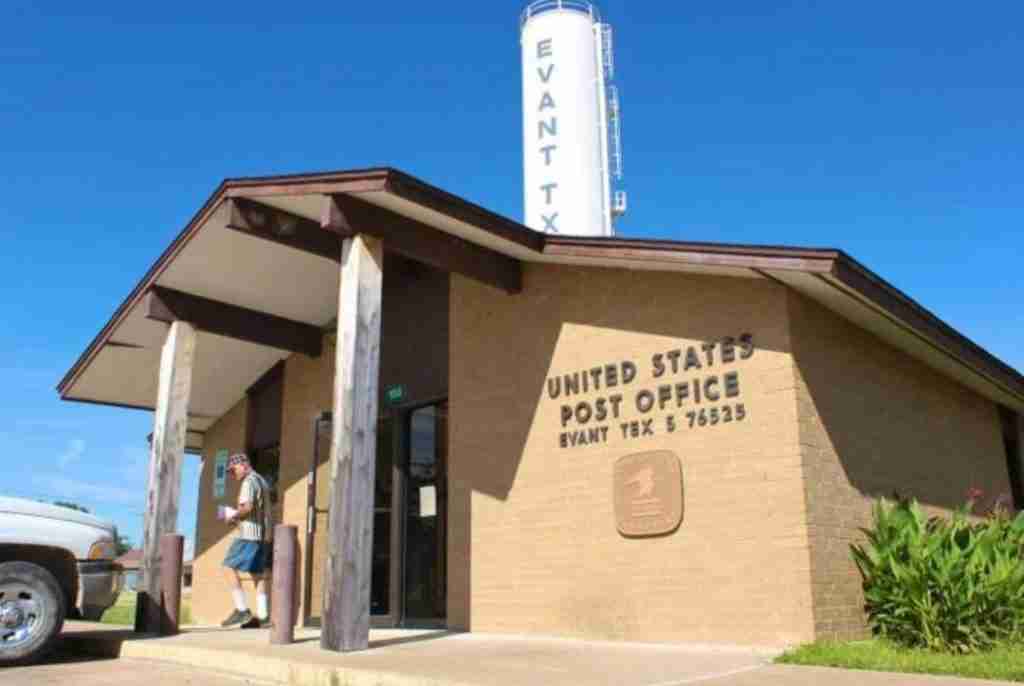 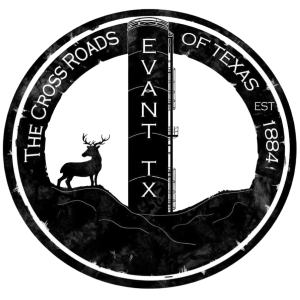